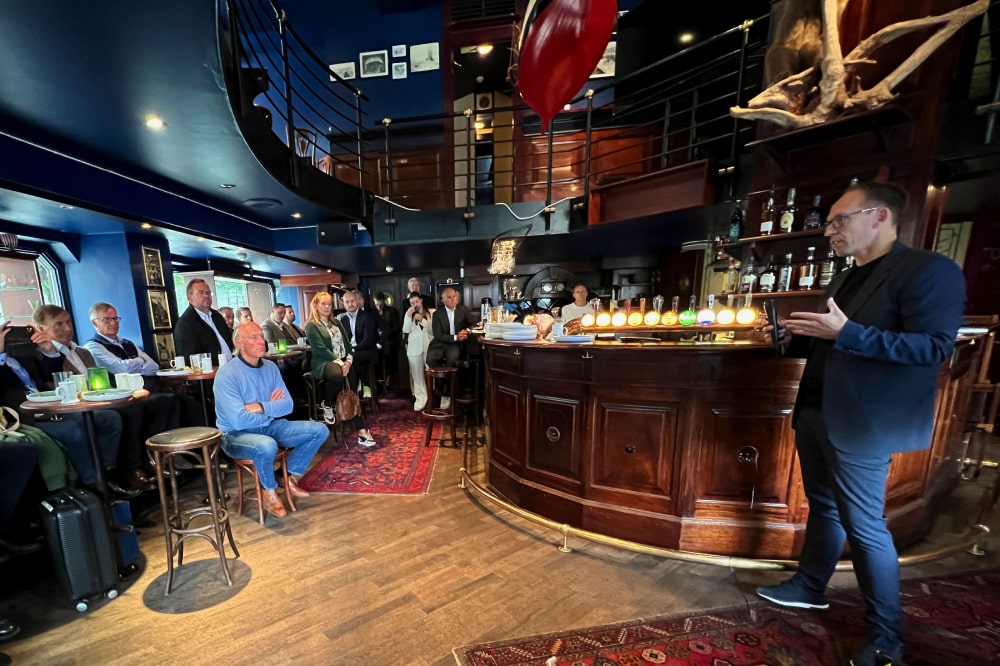 The 4th Breakfast Club meeting: A world in conflict and how to navigate in such dire straits

The Russian war in Ukraine and the conflict between China and USA over Taiwan - and how shipping and the maritime industry can navigate in such troubled waters, were among the huge topics that were discussed at the 4th meeting in the Breakfast Club on Thursday 8th of September. The meeting took place at Fridtjof Pub behind Oslo Town Hall, as always. The overall topic this time was “The perfect storm is here and winter is coming - Are we entering a post-covid dystopia?”

Øystein Tunsjø is Professor and Head of the Security in Asia Programme at the Norwegian Institute for Defence Studies at the Norwegian Defence University College (Forsvarets Høgskole). His presentation was called “US-China confrontation at Sea: Maneuvering through the new superpower rivalry”. He talked about the global power shift that is taking place between USA and China, which in effect is between the West and the East. Even though China’s defence spending in 2019 was 14% of world total vs USA with 37%, much of the US military budget goes to pensions, Medicare, housing, salaries, maintenance and interests on federal debt. Chinas’ spending does not, so basically the US-China power gap is narrowing - fast.

Also, thanks to among others Norwegian shipowners, China has built up a strong shipbuilding capacity which the US has not. China performs 40% and US only 1% of the world’s shipbuilding. They have more military ships than the US and the gap is increasing. Also, whereas China has many newer vessels, the US has a much older fleet.

The Cold War characterised the bipolar system in the 20th century:

Polarity and geopolitics = geostructural realism. He doesn’t believe in a new cold war, rather what he calls “conflictual coexistence”.

So what would be the consequences of a war in the Taiwan Strait?

The world economy as we know it would collapse and we have to find a new normal, somehow.

Our second speaker was Dag Kilen, Head of Fearnresearch and Senior Advisor Oil & Tanker Markets at Fearnleys. His presentation was called “Navigating in a world of confrontations”.

He started out with the energy crisis and quoted the IEA from June this year, in Der Spiegel: The energy crisis is much bigger than the oil shocks in the 1970s, and they expect it to last longer.‍

Also, even before the Russian attack on Ukraine, at the Astrup Fearnley conference in January, Fearnleys’ Head of Research said: The energy crunch will revisit us for several years. Continue as we are will cause further greenflation and turmoil.‍

He went on with some telling illustrations about some of the many conflicts in the world. And of course, a shipbroker has to talk about trade, so here are some facts about Russia, Ukraine and key commodities:

So how does the world get the oil and gas it needs, and what about sanctions against Iran and Venezuela? First of all: It might not get it. And sanctions only work partly, as there are always countries that don’t care and find ways around. He also touched upon Libya and Nigeria issues. It’s a complex world for sure – and energy security can not be taken for granted by any one nation these days. Indeed, winter is coming.

After this somewhat dystopian portrait of the world right now, it was encouraging to hear from Kristin Omholt-Jensen, the founder and CEO of Maritime Optima, who had lots of good news to share about the development of the company, who has also made an internal round of capital increase, including several employees.

The headcount is 12 employees and growing, onboarding at least two more this year. Finances are in place, a solid Board of Directors as well as a an Advisory Board, so the journey continues, despite the troubled waters discussed at the meeting. In fact, the world situation makes the need for Maritime Optima even greater, so the worse, the merrier, so to speak.

The company has addressed the problem with a transaction based industry with complex work flows:

“A lot of the processes are still very old. Handwritten. On Excel docs. A lot of founders and engineers look at shipping as an age-old industry that needs to be disrupted.” TMV (US VC fund) in 2022

‍
Kristin talked about the drivers for digital change and introduced the three “digi” amigos: Digitisation (new technology), Digitalisation (new processes), and Digital transformation (new business models). She also talked about a step by step strategy (MVP & agile) to win in conservative industry, focusing on effect for the customers and revenue for Maritime Optima.

Products by Maritime Optima now include:

She presented ShipAtlas in numbers, which showed that the product has users in more than 150 countries. These are both professionals, but also ordinary people who can be as diverse as:

The professionals can mainly be characterized as follows:

Numbers are growing fast, both for the freemium version as well as the paid version, and so far the reviews of the app, available both for iPhone and Android, are very promising.

ShipIntel will be launched in October.

All in all, the 30+ attendees had an interesting morning and asked many questions to the speakers.

The 5th and last breakfast meeting, at least for this year, is scheduled for Thursday 3 November. So stay tuned! 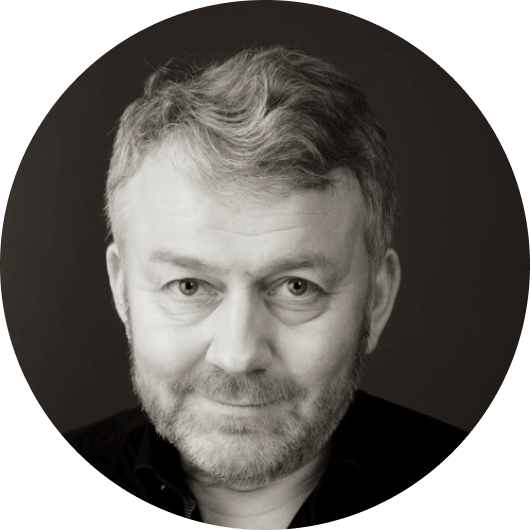 Tom O. Kleppestø
Learn more about
Tom O. Kleppestø
By clicking “Accept”, you agree to the storing of cookies on your device to enhance site navigation, analyze site usage, and assist in our marketing efforts. View our Cookie Policy for more information.
PreferencesDenyAccept